Kansas Families and Schools Together, Inc. 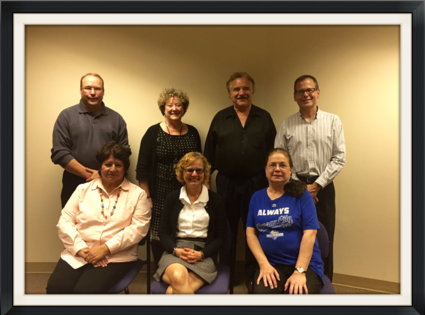 The KFAST board of directors includes Kansans who give their volunteer time to further the goals and mission of KFAST.

Richard is married, the father of a son and has two stepchildren.  He started a Watch

Dog program at his son's elementary school.  He liked the idea of fathers and male

role models being more involved in their child's life and school day.  He was excited

Hospital.  He likes being able to share his experience as a dad and also provide

valuable information to new dads.  He is employed with the Target Distribution

Center and  was awarded the Best in Community Award in 2014. Richard believes

in giving back and helping out in the community.  He believes it's been an honor to

have been selected to be on the KFAST board..

​Sue is the mother of a son, Scott,  and a daughter, Lea, and has a grand- daughter, Naomi, and a grandson, Micas.   She has a bachelor's degree in Elementary Education, and a master's degree in Leadership.   She has been an elementary educator for 21 years.  She loves teaching children.  Sue is honored to be a director on the KFAST board to help support the tireless work for families and children in education.

​John is a lifelong resident of Kansas and was a participant in the Leadership Kansas Program.  He’s toured as a professional musician and taught American History at the high school level.  For the past 30 years, John has worked as a fundraiser for non-profit organizations supporting arts, health, education, social service, spiritual pathways, and medical research.  Currently, he’s a fundraising consultant working out of the Kansas City area.  His daughter received an outstanding education attending Kansas public schools; and John encourages all Kansans to, once again, support quality in our state's education system at all levels!

Sharon has been employed with the State of Kansas for 30+ years.  Her current position is with the Kansas Department on Aging and Disability Services as well as with the CARE/PASARR Program. She has a bachelors degree in Social Work from Washburn University. She has served on the KFAST Board for three years. She has also been a volunteer counselor with the Kansas Children’s Services League Parent Helpline for ten years. Lastly, she is a proud mother of four children, all grown with wonderful children of their own.